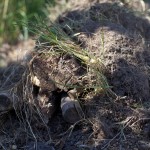 Day of DragonfliesHave Some Pride!
Scroll to top