We offer this section of our website as an outline of the steps we took  to improve a public space next to Interstate-5 in Seattle. Other than York Community Farm in Bellingham, we are the only known public orchard and garden on Interstate right-of-way in Washington State. And yet, there are acres and acres of unimproved land, managed by government agencies, that neighbors could adopt for the benefit of their community.

Spot an opportunity and find support 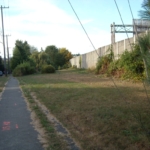 Ruth and Nancy asked an experienced permaculture consultant, Jenny Pell, about growing edibles in our small yard, which is surrounded by giant trees. Her response was, “The gold mine is up the street.” She was referring to our current site: a long rectangle of WSDOT right-of-way, next to the sound wall on 6th Ave NE. Jenny sketched out an idea.

We hosted a raspberry social and asked neighbors if they were interested in helping. We knew we needed a core of five neighbors. Five raised their hands. We walked up to the site and took a photo.

Ask permission to use the land

After you locate land you will need to figure out who owns or controls it. Most counties have parcel data available on the web from which you can usually determine ownership. Look for land that is controlled by a public agency but don’t rule out the possibility of negotiating with a private owner for a temporary community food-growing project.

The next step is to figure out who can give you permission to grow food there. Most agency websites have a staff directory and organization chart. Try to identify someone who has direct responsibility for maintaining the space, such as a maintenance supervisor. This person might be happy to allow gardening in exchange for making the space look a little nicer. If negotiating at lower levels of the organization is not fruitful, try finding a champion at a higher level or among elected officials.

While waiting for permission, or if you hit an impasse, a bit of guerilla gardening might be useful. If you can access the space plant a few easy to grow vegetables or herbs. This strategy can attract potential allies and demonstrate your capabilities. 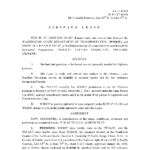 Note, you might end up dealing with more than one government agency. In our situation, we deal with Seattle Parks, WSDOT, SDOT, and SPU.

As you are identifying land ownership and seeking permission to garden consider the possibility that urban soils can be contaminated. Take a soil sample and have it tested for heavy metals, especially lead. Research former uses of the space to determine if other contaminants might be left behind. Contaminated soil does not necessarily eliminate the possibility of growing food, especially if you use raised beds filled with clean soil. Gardening with lead levels less than 300ppm is usually considered safe. (FYI the lead level at FECO is only 13 ppm.)

The land owner will likely demand that you have insurance. Your Fiscal Sponsor will help secure insurance, as well as provide other support, such as accounting and advocacy. Our fiscal sponsor is, GROW Northwest.

Ask the neighbors what they would like to see

Neighborhood support is critical. People who are close to the project can provide support and can add to the volunteer pool. Seattle has a Neighborhood Matching Fund to support neighborhood projects. We applied for a $10,000 Small and Simple Grant, in order to hire an architect and host three community design workshops. 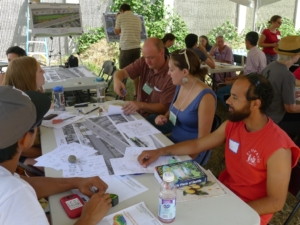 other marketing. The architects draw out a few designs, based on the neighbor input. Design needed to include ADA recommendations and also sight lines for safety.  The third and final meeting asks the neighbors to vote for a preferred design. In our case, the neighbors unanimously chose a simple open design.

It’s very important that the meetings be set up to allow for the ‘still small voice’ (a participant who often has great ideas). You also need to make sure the architect understands what you are trying to accomplish, and should be willing to hang out at the site a bit.

GROW Northwest, our fiscal sponsor, tracked our Grant award and reimbursed us for costs based on receipts we submitted. The Neighborhood Grants allow $20.00 of costs for every volunteer hour worked.

Recruit and build the selected design

Building the neighborhood preferred design involved a second application. We applied for a Large Grant and were awarded $43,480, again, from the City of Seattle Neighborhood Matching Fund.

Our infrastructure project included adding City water to the site, cutting away sod to build a path (a portion of which met ADA guidelines), reusing that sod to build raised garden beds, moving and reconstructing the shed to match specific water cisterns, install a pad plus two 1,500 gallon cisterns. We were required to complete this project within one year. Overall, 155 volunteers donated services, logging in a total of 3,513 hours. 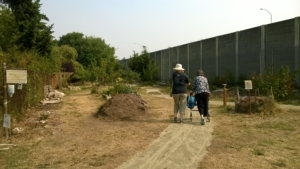 The shed rebuild & cistern system allow us to store tools and 3,000 gallons of rainwater, which meets most of summer water needs. The rest of our water needs are met from the city water system. Five gardening vegetable beds are being actively worked, improving safety in the area. Nearly 200 sq ft of vegetable beds are devoted to growing for food bank donations. The gravel path is critical to our ability to move people and wheelbarrows into the orchard, especially in the winter. The south part of the path is ADA compliant and allows us to provide both gardening and volunteers opportunities for people who are less mobile.

Most volunteers have learned new things about plants, pollinators and tools. We did most of the infrastructure work ourselves, with great success and minimal inputs and minimal costs. As a result of the project, we also notice more variety in pollinators and birds, due to intentional plantings.

Here are a few comments from key volunteers, about their experience with the infrastructure project. We asked them what they learned and how we could still improve the orchard space:

“The shed move exemplified a lot of things that people are speaking about today. All kinds of people came and saw things they could do and they did them. It was a success. It was natural and fluid. People are diverse in their talents and there was a lot of teamwork.” 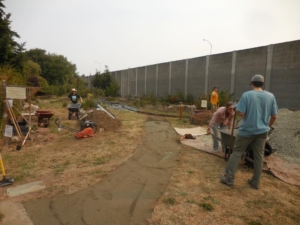 cubic yards of gravel in a day. We need to get more people to know where the orchard is.”

“The orchard was very much a ‘sense of place’ for me because I moved five times in a bit over a year. I appreciated the opportunity to organize a class that we offered to the public. I think we need more art in the orchard. Maybe we can invite artists to come as an event.”

As far as challenges, art installation was more difficult than we expected because of WSDOT restrictions. Also, it was stressful when deliveries were scheduled because people leave cars and trucks along 6th and we never knew if we are going to be able to have space enough for the delivery truck.

For more details and photos of the infrastructure project, see the February 15, 2016 blog. 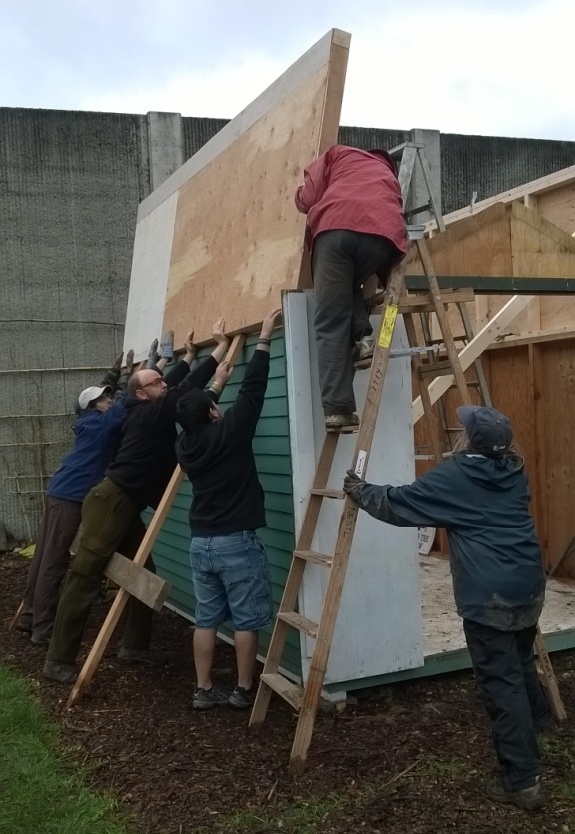 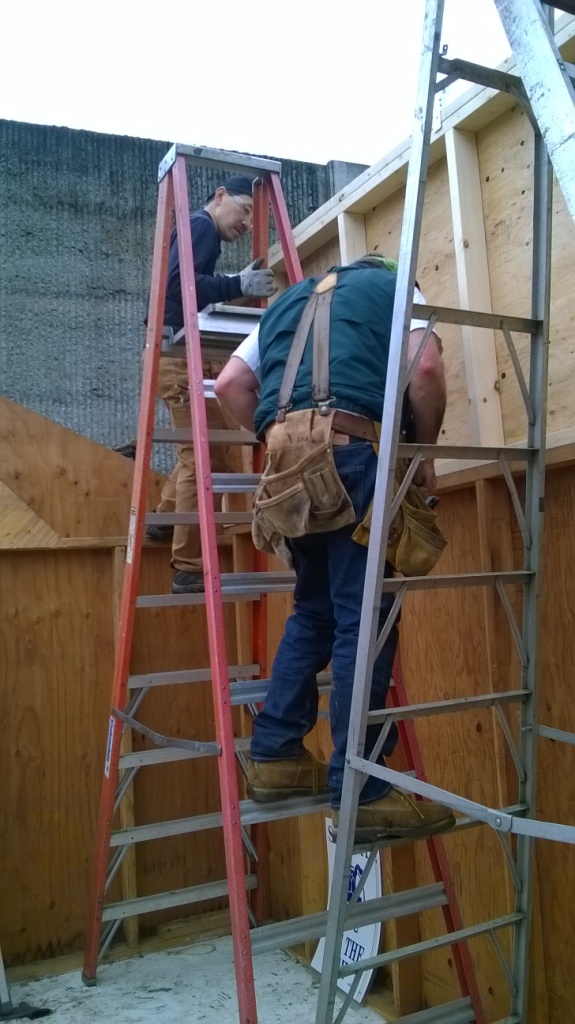 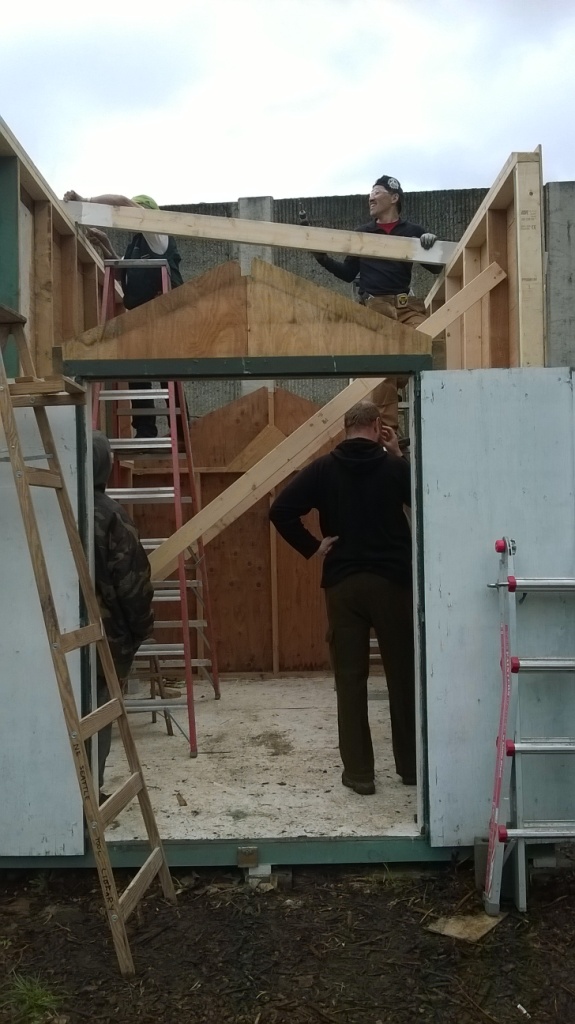 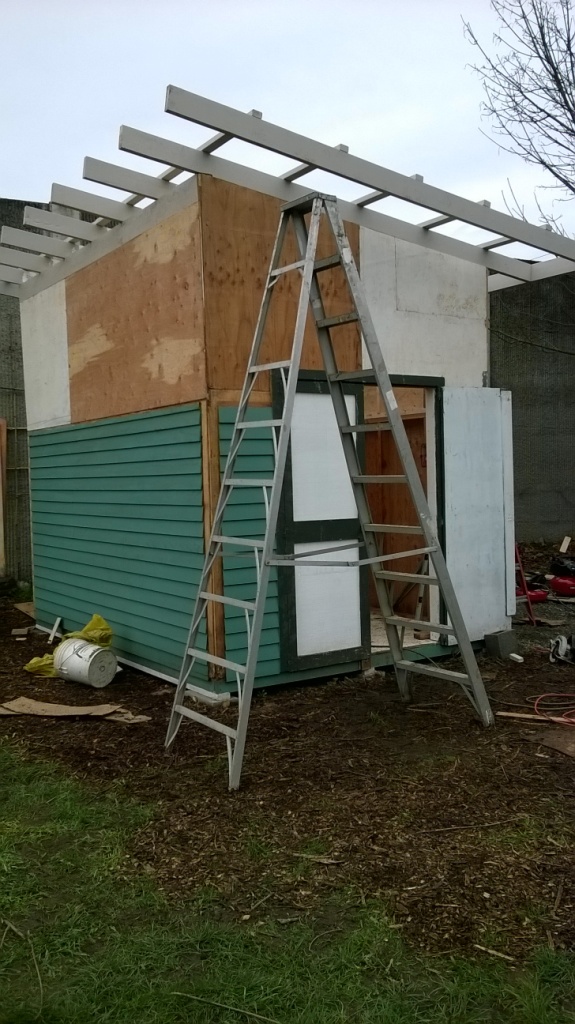 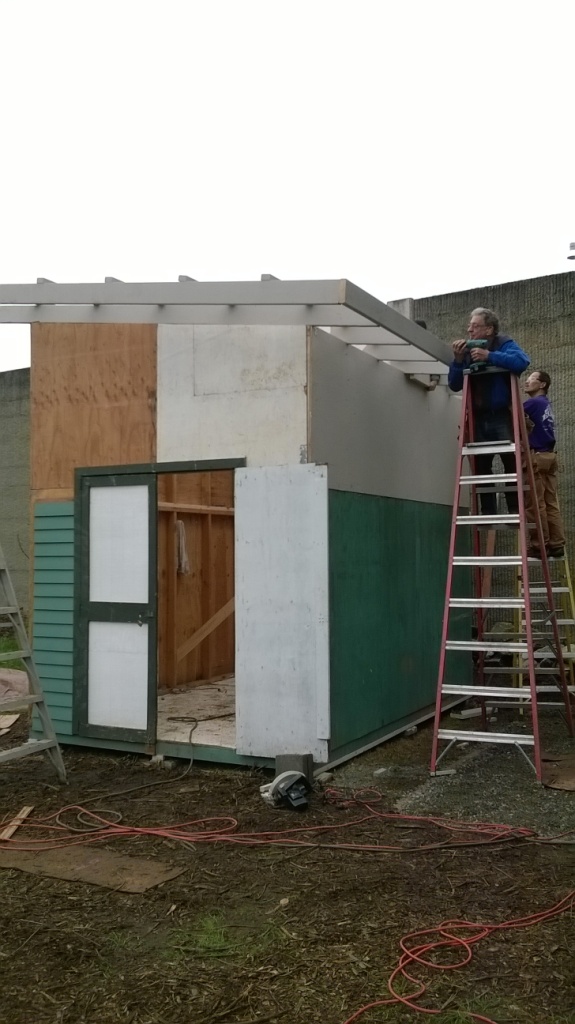 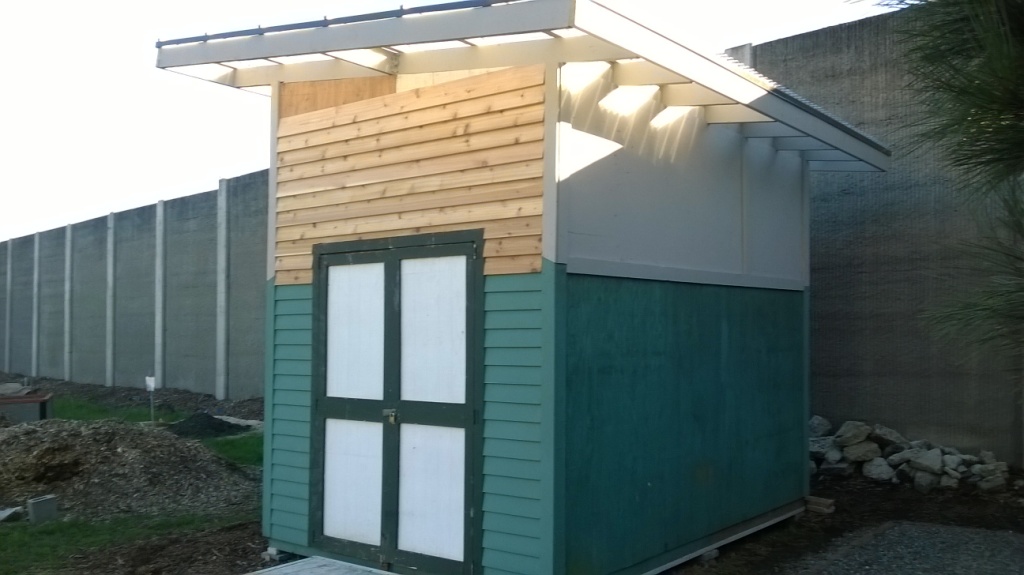 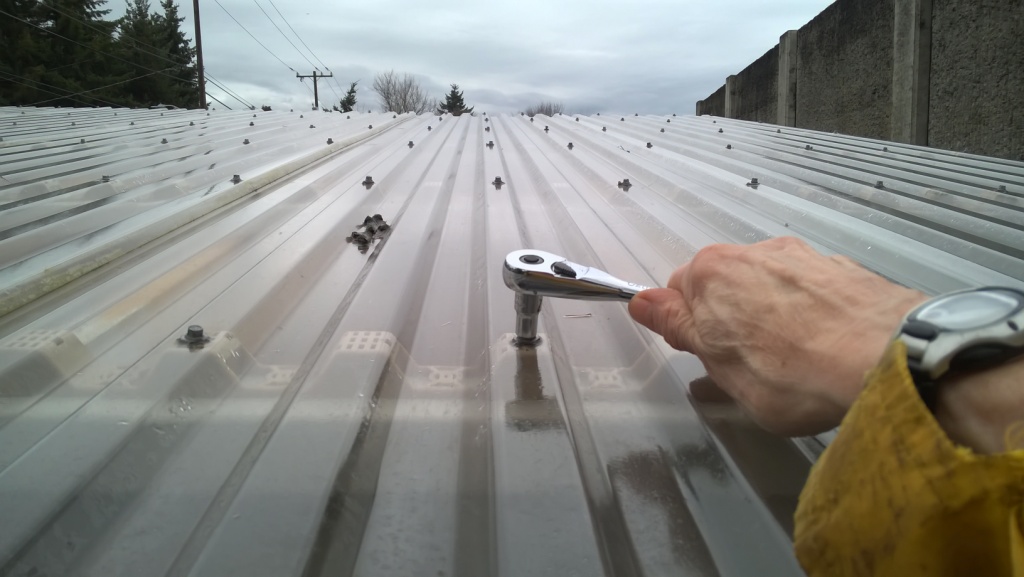