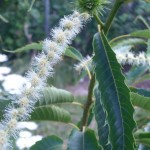 The Harvest Is Early And Long
0 replies